Documentary director, journalist and award-winning photographer, Rafael Duarte is a Master in “Cinema and Audiovisual” by the Université Paris 1 Pantheon-Sorbonne. Author of four books, he directed the documentaries “Beyond Dreams” (2019), “The Sea Mountain” (2018), “SOS UERJ” (2018), “Sons of Sound” (2018), “Transcarioca Trail” (2017) and “Whiteout” (2015). He directed and produced a series of short docs for Piauí Magazine under the supervision of prestigious directors João Moreira Salles and Renato Terra and also the first O Globo’s webseries. He is the founder of the expedition team “Miramundos”, columnist of the Extremos portal and collaborates with other media channels such as O Globo, VICE and Go Outside Magazine. As a photographer, he was published by international vehicles and exhibited in galleries in Brazil, France, Spain and England – where he was selected by the Sony World Photo Awards to take part in World Photo London 2012 at Somerset House. In 2009 he was elected one of the best photographers of the Way of Saint James in Spain.

Sports, nature and mountaineering provide incredible stories with inspiring scenarios. The story of Roman Romancini goes beyond the concept of overcoming challenges, recreating different perspectives of essential psychological aspects of human life. When I met him, I was amazed to hear his story. But what really piqued my curiosity was the enthusiasm that he showed me his way to see the world through the way he told me how he had gone through everything he had lived.

And yet taking care not to leave traumas or negative marks. That’s how he managed the darkest moments that a person can face in life, such as being on the edge of death or having to face a serious disease. My motivation in producing this documentary was the possibility of diving into the emotional aspects of a very athletic athlete and a human being of intense virtues. And, as a friend, have the privilege of deeply exploring the modus operandi of his mental processes to make decisions. And explore the impact of our actions and lifestyle among those around us.

We wish that “Beyond dreams” reveals the effects of dreaming big, the transformative power of willpower, the importance of emotional intelligence in critical situations, friendships and family as a foundation and the wisdom that mountaineering brings. Roman is a proof that nothing great is achieved simply, easily or quickly. He says that everything can be achieved we want enough.

As a mountaineer, I identify myself with the struggles he experiences when he is away from the family and how he tries to manage his absence. We tried to create a narrative where this documentary could show the impacts of our personal decisions on our surroundings, the beauty of dreaming big, the relevance of planning to achieve great goals and the art of turning obstacles into opportunities.

As the main character of this biographical plot, Roman makes us believe it’s possible to achieve whatever we dream of. I see Roman’s journey as an eternal process of self-knowledge and search for experiences that unveil this pure and raw feeling that we call happiness. 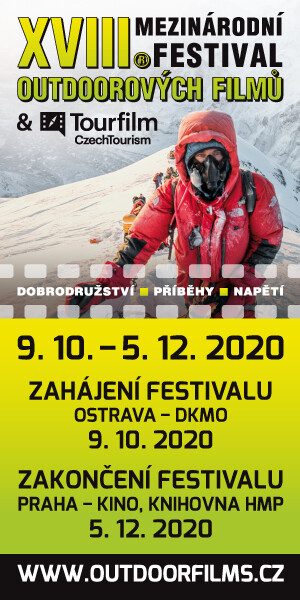